Where do I start? Here we are at the end of April and I’m still accessing the damage from the past winter.

Today they cut down the second Fig Tree…dead . I waited to be sure but there was no hope. The branches snapped off in my hand. Same with all the Gardenia, they look like toast, brown & crunchy!  There is one in the cutting garden I hope recovers; the small leafed one Margaret Moseley calls ‘First Love’. Keeping my fingers crossed.

The Hydrangea macrophylla are pushing new growth from the roots. All the top growth is dead. There will be no flowers this season.

I am hoping the Penny Mac’s, will produce. They bloomed on new wood (i.e. current seasons growth) in my friend Penny’s garden for  whom it was named.

(I wonder if it was because she grew them  in full sun. They always looked wilted during the day but at 6 pm her garden was transformed into the Hydrangea Heaven it was.)

To add  insult to injury a huge old Oak in the Wordsworth Meadow was uprooted last week in the wind storm.

That is my 6′ 4″ husband in front of the rootball.(below) 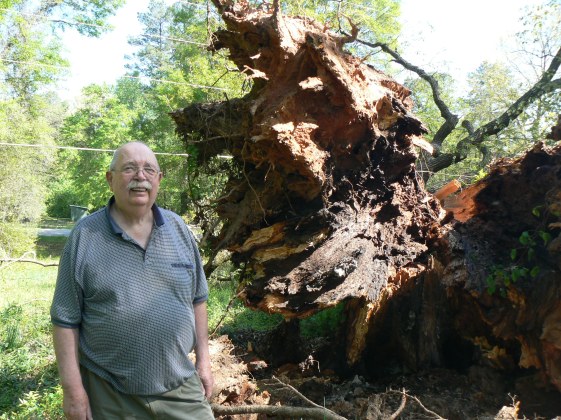 Now that the second shoe has fallen I’m left wondering what else could possibly go wrong. I’m holding my breath!

Forgot to mention the entire countryside was without power for the day since it brought down the power line.

Still there were many nice surprises. Who knew Stachyurus praecox was so hardy?  I was sure she would succumb to the low temperatures. ( This is yet another shrub commonly known as “Yellow Bells’) 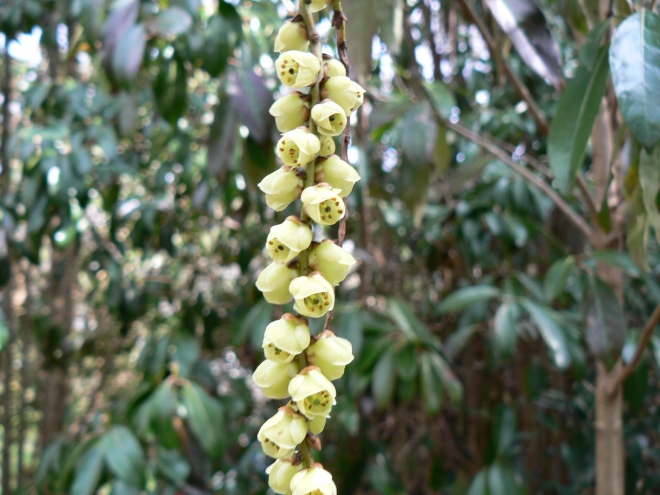 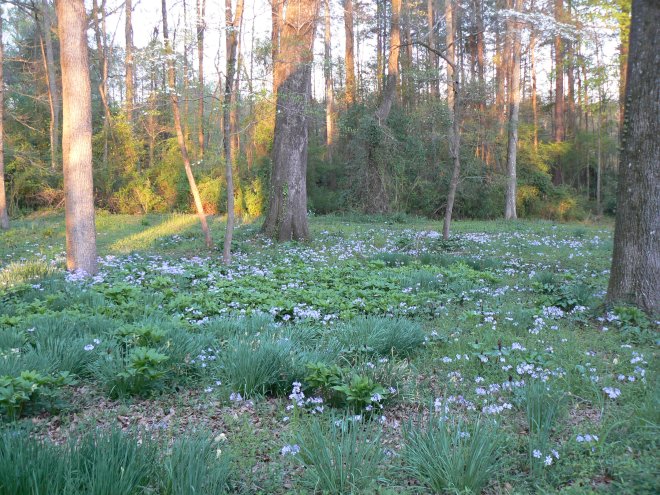 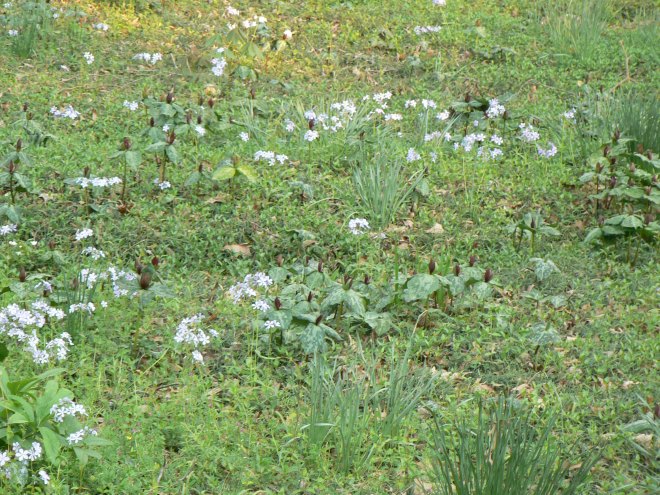 and  the Viburnums are doing beautifully. This however, is another post.

How are your gardens doing after this very harsh winter?

I’m finally convinced that spring is here! Sufficient rain and warmer weather have created ideal conditions for an explosion of blooms. 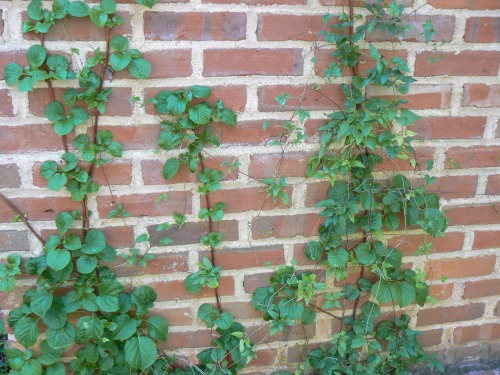 The Phlox divericata encouraged to naturalized between the daffodils.

Pruned some of the clematis that require it and took an inventory of the garden.

Some of the news is not good. I have record losses this year. There is no sign of life on several Clematis, and my favorite Quince ‘Apple blossom’ has bit the dust.

Over the last few years I have let some shrubs go and now they require some drastic pruning. Good thing I bought a excellent lopper. That is another post, promise.

The meadow once more looks like an impressionist painting. Swaths of blue native phlox (Phlox divericata) make their way between the daffodil foliage and the ‘Wake Robin’  ( Trillium cuneatum) . 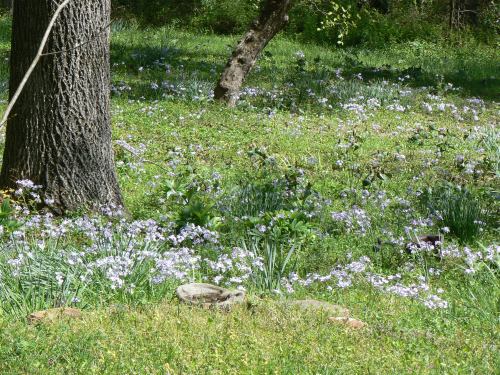 The trees now play an important role, so the focus changes.

This is The Meadow viewed from the driveway on west side of the house looking east. (Above)

Soon the weeds & wild grasses will cover this and it will look wild & wonderful. Then the hum of beneficial insects, bees and butterflies will fill the air. After the plants set their seed it will get the annual cut. This meadow gives me 12 months of joy!!

Note: WordPress noted that I published a draft & not the updated version of this post AFTER it was posted…why not BEFORE???